This week could have been better, but then again I guess it could have been a lot worse. Most of us need some cheering up though, so here are my five things that immediately improve my mood:

I love to get lost in fantasy novels. My newest discovery is Rick Riordan’s “Magnus Chase and the Gods of Asgard” series: Magnus Chase dies and finds himself in Valhalla where he learns that he the son of Viking god Frey. Together with his best friends, an elf, a dwarf and a human girl, he starts on adventures to save all nine worlds of the Viking world. I especially like that the modern center of those worlds lies in Boston because I recognize all the places that are desribed. Also the first-person narrator uses a good amount of sarcasm which makes accounts of e.g. Magnus meeting two talking goats even more enjoyable. I am a big fan of Riordan’s novels anyway and love that he slowly covers all the different worlds of gods in his novel series which are even all somehow connected. For example Magnus is Annabeth’ cousin, who is one of the main characters in the “Percy Jackson and the Olympians” novels.

I am usually not addicted to TV series. There are only few I watch because I think of them often as a waste of time. So unless they really mesmerize me, I rather switch off the telly. I have realized though that the series I like fall into two categories: fantasy with elements relating to our real world like “Game of Thrones” and “Vikings”, and romantic comedy set in New York City like “Sex and the City”. A few weeks ago I stumbled upon “Younger”: Liza Miller is 40-year old mother you just got divorced. In order to get a job she pretends to be 26 years old – and starts working in a publishing house. She soon falls in love with the hot tattoo artist Josh, who is (also?) in his twenties. As the third season is airing these days, I watched the first two within few days because I liked the story so much. Even though Liza is the main character, the series also shows what happens to her best girlfriends so that the series resembles SATC a lot in its basic set-up.

When it’s cold outside, I need something warm to eat because it makes everything so much more bearable. I am a huge fan of hot soups like my vegan beetroot soup and all Turkish soups like this yogurt soup. 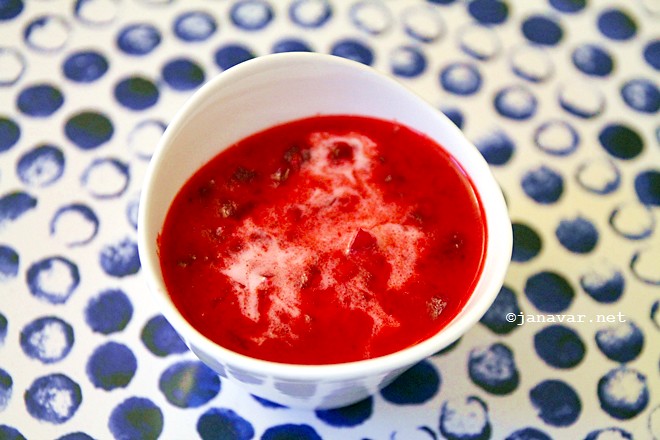 I guess you know already that I can’t stay in one place for too long. But since I can’t move all the time, I go on short trips. There are at least two more this year. At the end of November I am going to NYC again to attend the parade when they illuminate the Christmas tree at the Rockefeller Center. And I have just booked flights to Las Vegas. A few days before Christmas I am going to this fascinating city which is five and a half flight hours away. I still need a hotel and don’t really know what I’ll do there – recommendations are welcome – but I am already looking very much toward this trip.

Or you know, stay at home, lie on the sofa and put the cat on your belly. I love my cuddle sessions with Canavar and I think he enjoys them as well (although I am never totally sure because his face tends to look grumpy). Now that it’s getting colder, I also like taking long baths – Canavar usually sits on the edge of the bathtub and dips his tail into the water.