There are only 16 hours left between me and the start of winter break. And just like I was looking forward to all holidays when I was a student, I am as a teacher. A whole week off. Including the weekends that means nine days of sleeping in. Nine days of endless possibilities what to do. Well, not really endless. About three months ago I first started to look for any kind of traveling for this week. I soon learned that already then flight prices were horrendous. I assume that is because all of New England has the same week off, and there aren’t any discount airlines like they exist in Europe. Eventually, I came up with the idea to go to New York City this weekend. Bus trips are affordable at about $ 40 for one way, but staying in the city overnight somehow isn’t. I still remember how “cheap” it was in comparison when I first went to NYC for winter vacation in 2013. I then stayed in a really nice hotel in Midtown and payed less than $ 1000 for ten nights (including taxes). So I really don’t think I’m cheap, but I refuse to pay $ 60 per night for a bed in a big dorm. Hotels with an average rating usually cost $ 150. Excluding taxes. That means that for a trip to NYC by bus and staying there for two nights I would have to pay at least $220, but rather around $ 400. I also checked Airbnb, but that isn’t cheaper either. Then, food, drinks and entertainment would be added to this because obviously I wouldn’t go to NYC to sit on my shabby dorm bed. In my opinion prices by now are only exorbitant. If I with a middle class salary can’t really afford going there anymore, something must be rotten in this country.

As much as I would love to get away from Boston for a few days, I have to admit that it seems too expensive. I’ll continue looking if any special offer maybe comes up for next weekend, but my hopes aren’t high. I even checked smaller towns closer to Boston, but hotels aren’t cheaper anywhere. Thus, I rather “save” those $ 500, i.e. invest them in my every day life expenses. I have already made other plans for next week. I’ll go out with my friends, I have invited some friends for breakfast at my apartment, I’m going to my hairdresser, I’ll try to do (or find someone to do) my taxes, etc. And Boston itself isn’t too bad either. I actually haven’t walked around and taken photos for some time – another idea for next week. So here are some pictures I took in Boston’s Downtown Crossing area last fall: 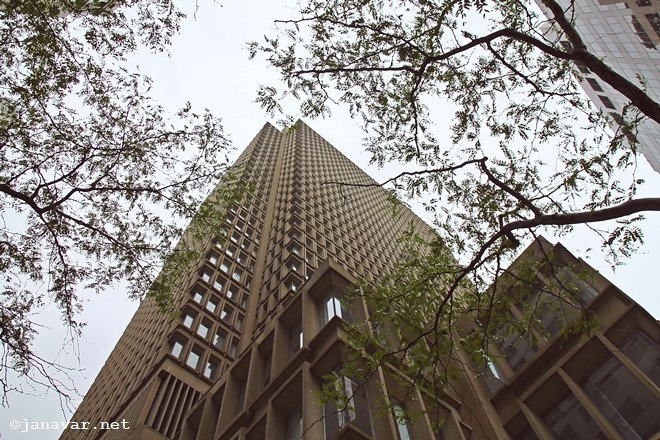 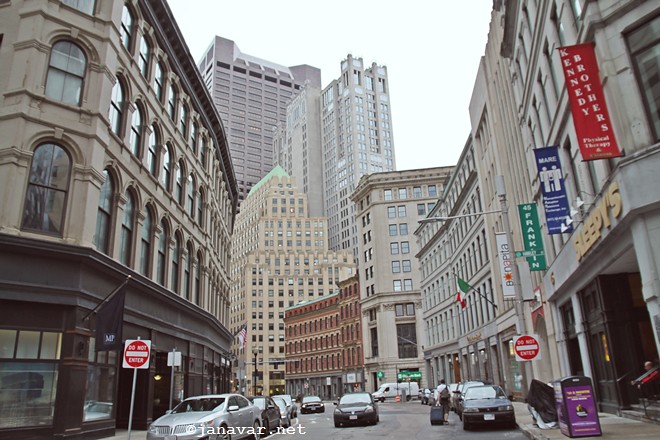 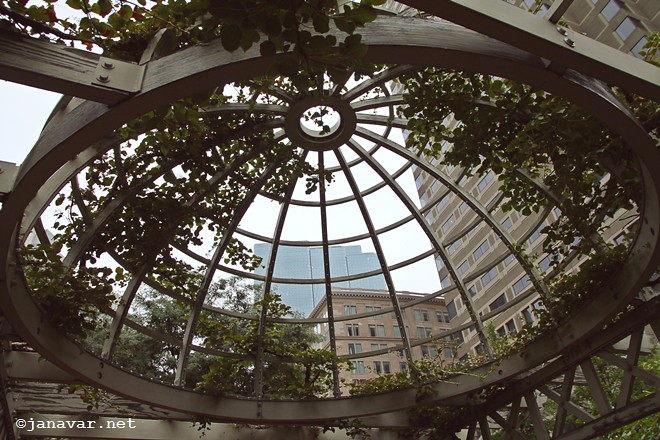 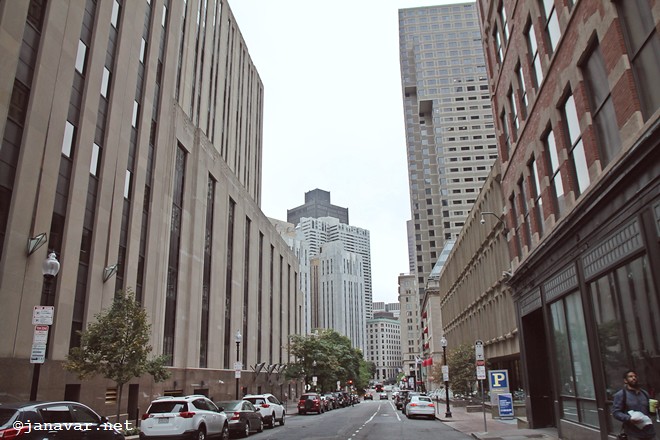 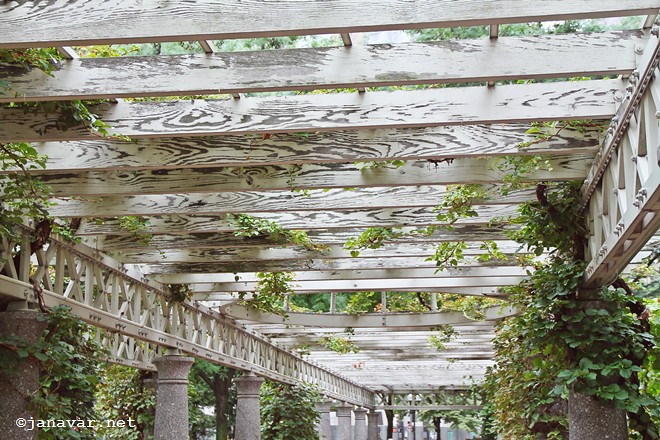 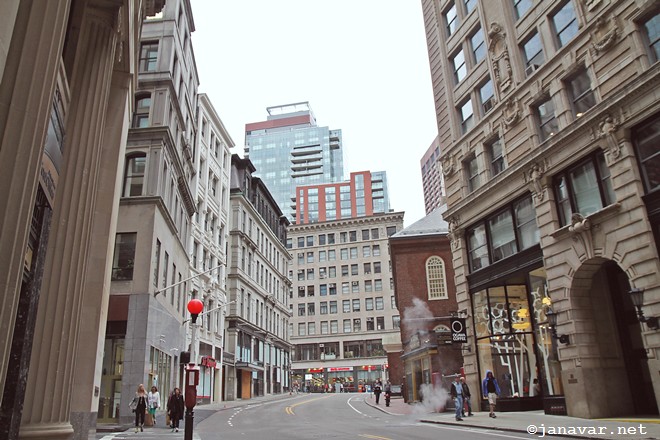 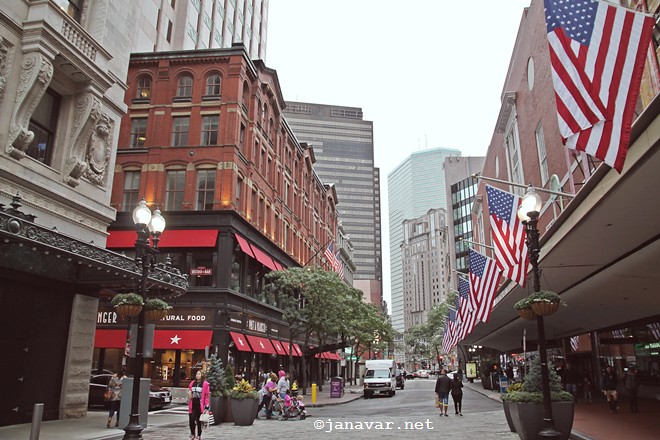 2 thoughts on “Why I stay in Boston for winter break”