Participating in #28daysofblogging and being sick at the same time have forced me to look into older photo folders. There is actually much material left that I haven’t used. Mostly I didn’t have the time to blog more or I didn’t feel like blogging at the time – like last summer. While I am able to immediately create chaos in every room I enter, I am very fussy when it comes to my photos. I save them all in folders according to date and event. Sometimes when I feel particularly homesick for Turkey, I just open those folders and sink into memories. For Easter 2015 I flew to Cappadocia, the region which is famous for its fairy chimneys [here]. I still remember how I drove around in my rented car and visited so many impressive places. I stayed in a modern lookalike cave hotel and even managed to get up early enough one morning to watch the hot-air balloons rising during sunrise. Oh, and the food was amazing. 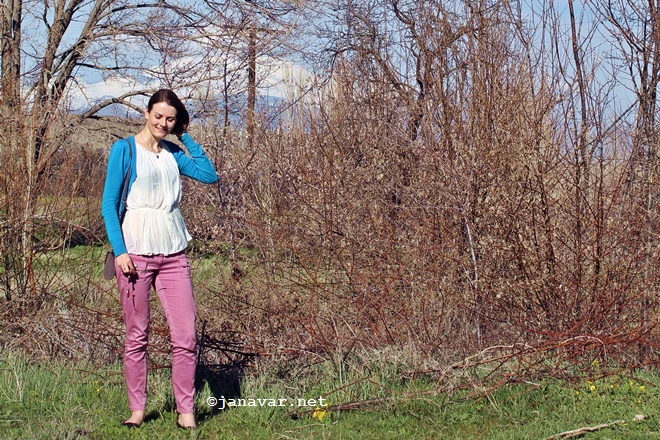 One thing I love about Turkey is that you can travel with little money. Going to Cappadocia was already rather expensive due to the fact that so many international tourist groups go there. But once I left the region’s center, I was one of few tourists. I enjoyed driving on the long, empty roads for several hours. The Ihlara Valley is a beautiful spot where I even liked taking a walk (I refuse to call it hiking) [here]. Also it was just the beginning of spring, when the grass was already green, but the trees weren’t. When it snowed a little in the morning, but then became warm and sunny during the day. 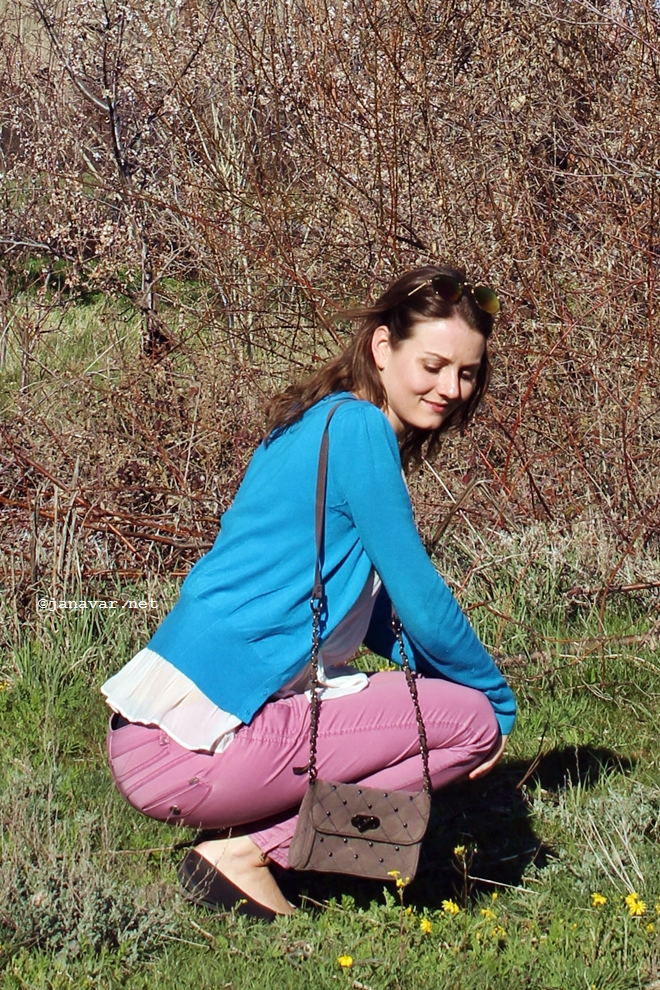 The thing about Turkey is that I still remember how certain places smell, how the air feels, what the food tastes like. I remember specific sounds, people and situations. Sometimes I really wish I could move back at once. And I could. If I really wanted to. Only then I am not sure if that would be such a great idea. There are definitely job openings in Istanbul for me, and I would have a higher standard of life than here in Boston. I sometimes dream of living alone with Canavar in a big three-room apartment, of having my own washing machine that doesn’t destroy clothes, of having a balcony, and of being greeted by all neighbors. Well, basically that is how we lived in Istanbul. But … I am the absolute opposite of a fan of President Erdoğan and his ideas. So I always wait for something to change. Right now I am waiting for the popular referendum on the constitutional change. Although my hopes aren’t high. But since Trump is the U.S. president, I also don’t feel strongly that I want to stay here for a long time. It’s a tough choice. Therefore I have decided (or rather not made any other decision) to stay in Boston for at least another year and see how it goes. Maybe I’ll eventually integrate more and accept things like the clothing destroying washing machines. Although I hope I’ll never accept those machines. 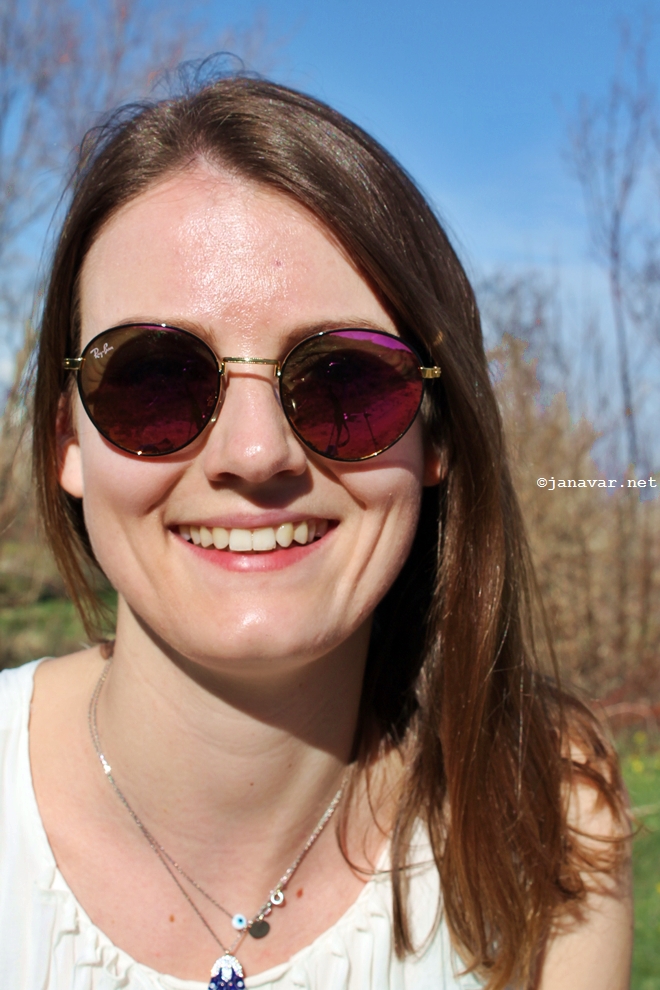 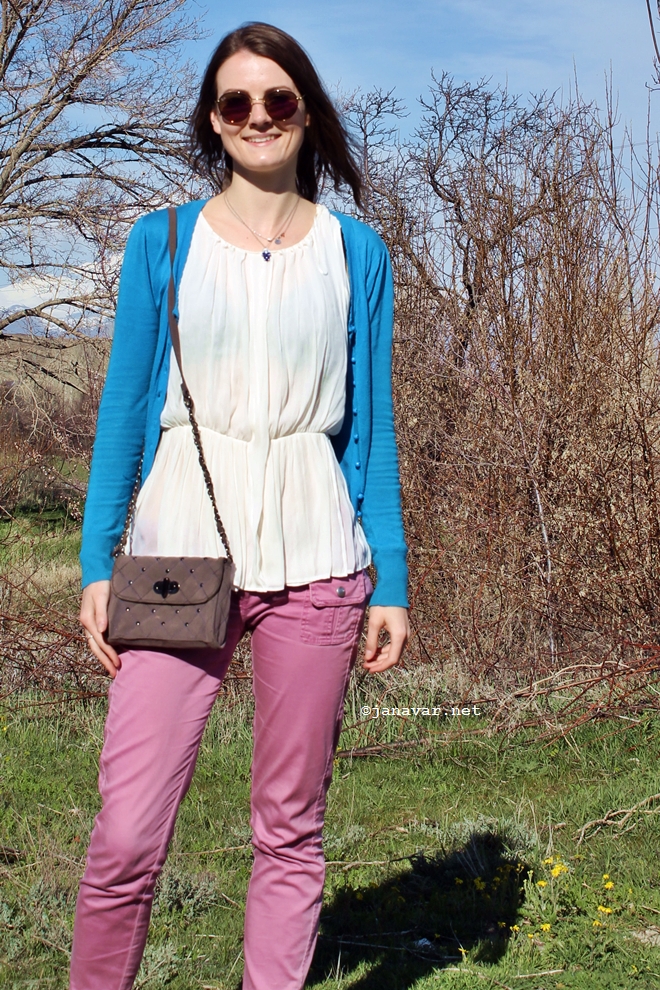 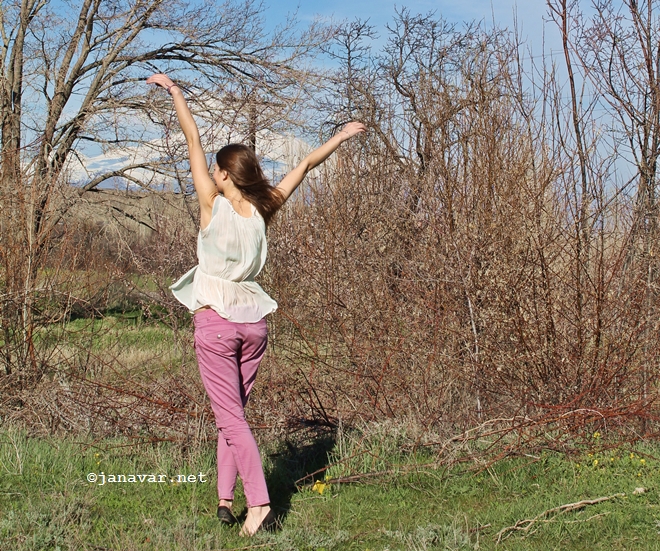 The whole outfit is obviously old, but I would still wear it – I still have the H&M top, the Mango pants and all jewelry. Now I can’t wait for spring to arrive. I know, it’s only February. But even Canavar shows first signs of shedding his fur.

4 thoughts on “Outfit: Waiting for Spring”